Unfair tactics people attempt in divorce cases. The ability to spot these is critical to your divorce skill set. Don’t do them and don’t let them be done to you!!

Equity and The Financial Statement

This is my second in a series of articles on dirty tricks in a Maryland Divorce.  These articles ARE NOT intended to be black book recipes on how you can subject the other side to dirty tricks  in your rehabilitative alimony case.  My purpose is to expose the potential dirty tricks to those parties who are uninitiated and hence potential victims.  As it has been said in rock and roll “We Won’t be Fooled Again!”

There are three forms of alimony in Maryland those are: 1) Pendente-lite alimony, 2) Rehabilitative alimony and 3) Indefinite alimony.

I endeavored to explain and define rehabilitative alimony in my previous article “Rehabilitative Alimony: Defined.”  I described how it is the only form of alimony which is not specifically defined in duration by the Maryland Family Law Code. It’s duration is determined solely at the judge’s discretion which is generally contingent on an event.  In contrast to pendente-lite alimony, it is rarely for less than one year and typically can last for 3-5 years.

First, the procedure to apply for rehabilitative alimony requires that it be requested in a complaint or cross complaint for divorce.  The request is called a “prayer for relief” and it is under the “wherefore” line in the divorce complaint(s) and/or counter-complaint(s).

The prayer for rehabilitative alimony can be contained in either a complaint for absolute divorce, a complaint for limited divorce or a complaint which we call “pleading in the alternative.” That means both.  The complaint must be accompanied by two other documents called an “information report” and a “financial statement” those are forms DRIR and DR31, respectively.

A model form for the financial statement DR31, the information report DRIR, instructions for people without a lawyer DRIN20 and other Maryland family court (Circuit Court) forms can be found at the following link.  https://www.courts.state.md.us/family/forms/index.html

Apart from the complaint(s) for divorce themselves, the most important of the foregoing documents is the financial statement.  In cases where ANY type of alimony is being requested the long form is required.  That requirement extends to the party requesting alimony AND the spouse from whom the alimony is requested.

In contrast to pendente-lite alimony, some non-financial factors weigh in the judge’s decision but obviously income and expenses of the respective spouses are an integral if not paramount concern.

Typical financial statements in a hotly contested alimony hearing often indicate that both of the parties’ expenses greatly exceed their respective monthly income.  Almost everybody plays the game to some extent.  Nevertheless, that sort of upside down budget just doesn’t happen in the real world (unless you are the federal government)

The practice of number stuffing on financial statements is so common that often judges don’t need very much persuasion on this issue.  They have, no doubt, seen it before and will usually have a pretty jaundiced eye toward EVERYBODY’s financial statement.  Be warned!!

The “EQUITY” Factors Enter the Game With Rehabilitative Alimony

In contrast to pendente-lite alimony, indefinite alimony and rehabilitative alimony both take equitable factors into consideration. Soft and subjective issues, including who is a blame for the divorce, are what Maryland lawyers refer to generally as “equitable” factors.

Please note that equitable is not defined as “equal.” The legal definition of equity is ”what is fair under the circumstances.” Obviously therefore, what is equitable can be a very subjective.  As I have often been told: “one man’s chicken, is another man’s foul.”

(b) Required considerations. — In making the determination, the court shall consider all the factors necessary for a fair and equitable award, including:

(1) the ability of the party seeking alimony to be wholly or partly self-supporting;

(2) the time necessary for the party seeking alimony to gain sufficient education or training to enable that party to find suitable employment;

(3) the standard of living that the parties established during their marriage;

(4) the duration of the marriage;

(5) the contributions, monetary and nonmonetary, of each party to the well-being of the family;

(6) the circumstances that contributed to the estrangement of the parties;

(8) the physical and mental condition of each party;

(9) the ability of the party from whom alimony is sought to meet that party’s needs while meeting the needs of the party seeking alimony;

(10) any agreement between the parties;

(11) the financial needs and financial resources of each party, including:

(i) all income and assets, including property that does not produce income;

(iii) the nature and amount of the financial obligations of each party; and

(iv) the right of each party to receive retirement benefits; and

(12) whether the award would cause a spouse who is a resident of a related institution as defined in § 19-301 of the Health – General Article and from whom alimony is sought to become eligible for medical assistance earlier than would otherwise occur.

The general financial picture of the parties in the rehabilitative  alimony arena is more important than it was in the pendente lite alimony case.  Much of the equitable maneuvering. 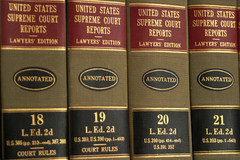 This is my first in a series of articles on dirty tricks in a Maryland Divorce.  These articles ARE NOT intended to be black book recipes on how you can perpetrate dirty tricks on the other side in your pendente-lite alimony case.  My purpose is to expose the potential dirty tricks to those parties who… END_OF_DOCUMENT_TOKEN_TO_BE_REPLACED