Same as Legal Separation in Maryland. Can be by judgment of the court or by separation agreement. Pendente lite. Latin: a mensa et thoro

Any Frederick divorce or custody lawyer will tell you that in Maryland there are two (2) types or levels of divorce.  Both are distinct and separate decrees of the court.  You can have one without the other or, more typically, you are entitled to both or at different points in the divorce and separation process.  So here is the lingo:

A Limited Divorce is a decree or order of a Maryland Family Law Court that was previously called a divorce “a mensa et thoro” (Latin).   This is known in other states as a “legal separation.”  When we hear about couples being “legally separated” it is usually from TV or tabloids in other states where there is a proceeding in which the parties are declared “legally separated.”

In Maryland people are married but can live apart. “separately.”

Some of them are living apart with a “separation agreement” but If those people wish to formalize their “separateness” with something more than just an understanding, or even a written agreement, they may ask the Maryland courts for a Decree of Limited Divorce.

In a Limited Divorce proceeding the Maryland Family Law Court may consider alimony, custody, use and possession of property (usually homes and vehicles), custody of children  and child support.  But the litigants are not finally divorced and so the court cannot order distribution of property claims and pensions. 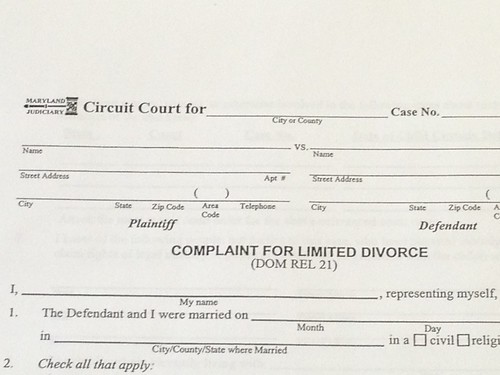 Many, even most, people in Maryland live separately for a period of time (usually a year) and are then divorced after that period of separation.  They never get a court Order or a Judgment until they are actually granted an Absolute Divorce. 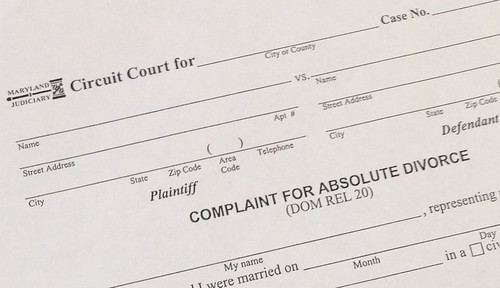 OUR PHONES ARE ANSWERED 24/7